﻿What you need to know about CSS ! 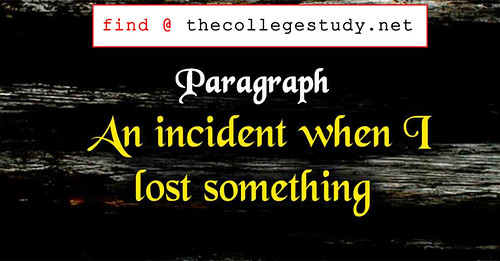 Style sheet is a progressive breakthrough for the advancement of web. Today, more and more browsers are implementing style sheets, opening authors’ eyes to unique features that allow influence over presentation while preserving platform independence. The advantages of style sheets have become – apparent — and the disadvantage of continually creating more HTML tags — galore — for presentation effects with the gradual development of CSS.

Style sheets have been around in one form or another since the beginnings of HTML in the early 1990s .

As the HTML language grew, however, it came to encompass a wider variety of stylistic capabilities to meet the demands of web developers . With such capabilities, style sheets became less important, and an external language for the purposes of defining style attributes was not widely accepted until the development of CSS.

Teething problems with implementation of CSS

Many implementations of CSS are fraught with inconsistencies, bugs and other quirks . Authors have commonly had to use hacks and workarounds in order to obtain consistent results across web browsers and platforms .

One of the most well-known CSS bugs is the Internet Explorer box model bug; box widths are interpreted incorrectly in several versions of the browser, resulting in blocks which appear as expected in most browsers, but are too narrow when viewed in Internet Explorer. The bug can be avoided, but not without some cost in terms of functionality.

This is just one of hundreds of CSS bugs that have been documented in various versions of Internet Explorer, Netscape, Mozilla, and Opera many of which reduce the legibility of documents. The proliferation of such bugs in CSS implementations has made it difficult for designers to achieve a consistent appearance across platforms.

Currently there is strong competition between Mozilla’s Gecko layout engine, Opera’s Presto layout engine , and the KHTML engine used in both Apple’s Safari and the Linux Konqueror browsers – each of them is leading in different aspects of CSS. Internet Explorer remains the worst at rendering CSS by standards set down by World Wide Web Consortium as of 2005 .

These problems have preisely led the W3C to revise the CSS2 standard into CSS2.1, which may be regarded as something of a working snapshot of current CSS support. CSS2 properties which no browser had successfully implemented were dropped, and in a few cases, defined behaviours were changed to bring the standard into line with the predominant existing implementations..

et representsStyle she an enormous step forward for the Web. With the separation of content and presentation between HTML and style sheets, the Web no longer needs to drift away from the strong ideal of platform independence that provided the medium with its initial push of popularity. Authors can finally influence the presentation of documents without leaving pages unreadable to users

A style sheet is made up of style rules that tell a browser how to present a document. There are various ways of linking these style rules to your HTML documents, but the simplest method for starting out is to use HTML’s STYLE element. This element is placed in the document HEAD, and it contains the style rules for the page.

Functionality and Usage of CSS

CSS is well-designed to allow the separation of presentation and structure. Prior to CSS, nearly all of the presentational attributes of an HTML document were contained within the HTML code; all font colors, background styles, element alignments, borders and sizes had to be explicitly described, often repeatedly, in the midst of the HTML code.

CSS allows authors to move much of that information to a stylesheet, resulting in considerably simpler HTML code. The HTML documents become much smaller and web browsers will usually cache sites’ CSS stylesheets. This leads to a reduction in network traffic and noticeably quicker page downloads.

Customarily, headings are rendered in decreasing order of size, with h1 as the largest, because larger headings are usually interpreted to have greater importance than smaller ones. Headings are also typically rendered in a bold font in order to give them additional emphasis. The h2 element may be rendered in bold face, and in a font larger than h3 but smaller than h1 . This aspect of the h2 element is presentational .

Prior to CSS, document authors who wanted to assign a specific color, font, size, or other characteristic to all h2 headings had to use the HTML font element for each occurrence of that heading type.

Moreover, CSS can be used with XML, to allow such structured documents to be rendered with full stylistic control over layout, typography, color, and so forth in any suitable user agent or web browser.

CSS may at times be misused, particularly by the author of web documents. Some developers who are accustomed to designing documents strictly in HTML may overlook or ignore the enabling features of CSS. For instance, a document author who is comfortable with HTML markup that mixes presentation with structure may opt to use strictly embedded CSS styles in all documents. While this may be an improvement over using deprecated HTML presentational markup, it suffers from some of the same problems that mixed-markup HTML does; specifically, it entails a similar amount of document maintenance.

CSS also shares some pitfalls common with programming languages. In particular, the problem of choosing appropriate names for CSS classes and identifiers may afflict CSS authors. In the attempt to choose descriptive names for CSS classes, authors might associate the class name with desired presentational attributes; for example, a CSS class to be applied to emphasized text might be named “bigred,” implying that it is rendered in a large red font.

While such a choice of naming may be intuitive to the document author, it can cause problems if the author later decides that the emphasized text should instead be green; the author is left with a CSS class called “bigred” that describes something that is green. In this instance, a more appropriate class name might have been “emphasized,” to better describe the purpose or intent of the class, rather than the appearance of elements of that class.

In a programming language, such a misuse might be analogous to using a variable name “five” for a variable which contains the value 5; however, if the value of the variable changes to 7, the name is no longer appropriate.

CSS in a nutshell

This separation provides a number of benefits, including improved content accessibility, greater flexibility and control in the specification of presentational characteristics, and reduced complexity of the structural content. CSS is also capable of controlling the document’s style separately in alternative rendering methods, such as on-screen in print, by voice (when read out by a speech-based browser or screen reader) and on braille-based, tactile devices.

CSS allows complete and total control over the style of a hypertext document. The only way this can be illustrated in a way that gets people excited is by demonstrating what it can truly be, once the reins are placed in the hands of those able to create beauty from structure.