﻿What is the Theory of Multiple Intelligences? Part 2 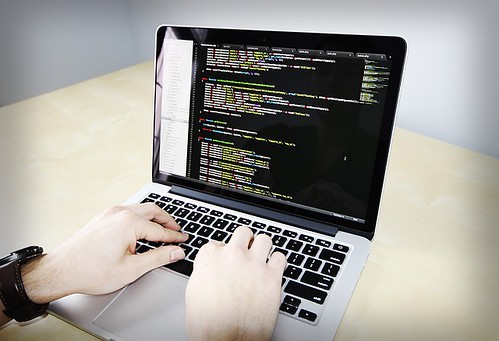 Howard Gardner’s theory of multiple intelligences developed as he worked with brain injured adults and autistic children. He identified distinct portions of the brain that control specific human abilities or talents like analysis, classification, speech, self-awareness, etc. He has identified eight distinct abilities that he refers to as “intelligences”: verbal-linguistic, logical-mathematical, spatial, bodily-kinesthetic, musical, interpersonal, intrapersonal, and the naturalist. In addition to the biological basis for these intelligences, Gardner also places great emphasis on cultural influences that may impact the development of each intelligence.
Culture determines what parents and schools will teach their children based on the needs of the community. Gardner says: “It is the culture that defines the stages and fixes the limits of individual achievement.” For example, educators have found that the Mexican American culture places a strong emphasis on community and on family; therefore, many members of this community have well-developed interpersonal intelligences.
The influence culture has on the development of the intelligences points to one of the most important components of the theory — the makeup of intelligences changes over time with age and with experience. Thomas Hatch profiled the intelligences of several children when they were in kindergarten and again when they were in the sixth grade. He discovered that their intelligence profiles had changed over time. Hatch says: “Just because young children display particular capacities does not necessarily mean that they will grow up to excel in activities involving those capacities. Children’s intelligences, the manner in which they display them, and how successful they are, shift, grow, and vary over time. “
In other words, if intelligences change with time and experience, they can be learned. If they can be learned, they can be taught. As a result, students who are not strong in one intelligence can be taught to develop that intelligence. According to Bruce Torff: “The intelligences develop – they grow and change over time, which allows strengths to be exploited and weaker areas remedied. …If you provide the right kinds of support for students, they build the kinds of intellectual structures that enable them to do things. “
David Lazear says that teachers should watch for “ways to help students stretch into new intellectual areas – maybe areas in which they are uncomfortable or weak.” Not only are weaker areas strengthened, but students develop a better self-image because they use a well developed intelligence to improve a weaker one.
In an interview with Kathy Checkley, Gardner said: “Teachers have to help students use their combination of intelligences to be successful in school, to help them learn whatever it is they want to learn, as well as what the teachers and society believe they have to learn.” In other words, Gardner believes that teachers need to find ways to incorporate instruction into their classrooms that encourages students to develop weaker intelligences by drawing on their strengths. This in turn improves both attitude toward learning and academic achievement.
Visit www.TheWritingTutor.biz/articles/MI-intro-prob.php to learn more about the multiple intelligences.
References:
Checkley, K. (1997). The first seven … and the eighth: A conversation with Howard Gardner. Expanded Academic ASAP [on-line database]. Original Publication: Education, 116.
Gardner, H. (1983). Frames of mind: The theory of multiple intelligences. New York: Basic Books.
Hatch, T. (1997b). Getting specific about multiple intelligences. Expanded Academic ASAP [on-line database]. Original Publication: Educational Leadership, 54 (6).
Lazear, D. G. (1994). Multiple intelligences approaches to assessment: Solving the assessment conundrum. Tucson, AZ: Zephyr Press.
Torff, B. (1996). How are you smart? : Multiple intelligences and classroom practices. The NAMTA Journal, 21 (2), 31-43.
Vasquez, J. A. (1990). Teaching to the distinctive traits of minority students. The Clearing House, 63, 299-304.