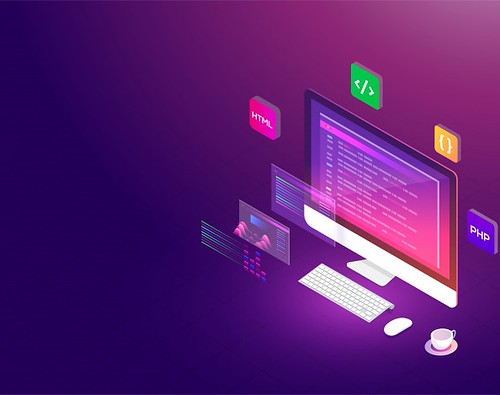 There was apparently some talk at SES Chicago on getting a site indexed in regular results a lot quicker. This involved the use of an existing established similar domain (either one you own or one you bought) and use it to help you get a site out of the “sandbox.” The full forum post can be found here.

The technique is in the gray-to-black range. I wanted to mention that first, however if your site has been boxed for a while, this may be an alternative for you. It also requires some coding, and assumes your site is built in PHP although I would also guess there is similar ASP code out there.

First lets look at how this works: You have an established related domain and a new domain which is ‘boxed. By establishing a subdomain on the established site and mirroring the content of the new domain there you will get the new subdomain indexed more quickly because it would inherit some of the trust of the main domain.

Once it has established itself you would use some form of redirect (likely a 301) to redirect crawlers to the new domain. The new domain then inherits whatever the subdomain gained in terms of link popularity transferred from the established, trusted domain.

Sounds simple, but there are a few things you need to do.

First, obviously, is to find an established domain. If you need to buy an expired but still relevant site (and it’s in your budget) the author recommends you do so. You would also not change the registrar information, according to the author (this would be considered in that dark gray range).

You don’t want to change the registrar information because there is a chance that Google will notice the change in ownership and any trust the domain you just bought has previously earned would likely be lost.

So lets say you just bought a related domain that’s been around for a couple years and has a PageRank 5. by leaving the site intact and not changing the registrar information you are essentially ensuring the site maintains its existing stature in the engines.

Then you will create a subdomain on the site. Here you will place a mirrored copy of all your content navigation, etc. from your new site. Since the new site hasn’t been added to the index yet there will not be a duplicate content penalty.

This is because the crawler requests this information from the webserver at the time of indexing.

It will inherit link popularity and trust from the parent domain allowing it to establish itself more quickly than the new site.

Once the subdomain has been fully indexed by Google you will want to redirect it to the new domain.

By doing this you have allowed the content to be found by Google which then assumes the pages are properly aged because it has been told by the webserver that the pages are in fact old (even though in reality you’ve recently created them).

By redirecting the subdomain you are then passing the inheritance and trust given to the subdomain by the main domain to the new site.

The reason this works is because the established site is already trusted by Google. Therefore the vote from the trusted site helps illustrate to Google that the new site is also trusted.

There are some things to consider with this tactic however:

Now that it’s been widely publicized I wouldn’t expect it will take that long for Google to realize the hole and patch it.

Also, the whole trustbox patent is based partly on authority but also on age. So while a page may appear old (because you’ve altered the page header served) Google may opt to instead consider the page’s age from the time it found the page.

In other words, even if the page is a year old, if Googlebot just found the page yesterday then it’s only 1 day old. While the patent does say that “scoring the document based, at least in part, on the inception date corresponding to the document,” it also goes on to say that Google could determine that age to be not the page date, but the date when it found the page.

And remember that like any type of blatant manipulation you risk being penalized by Google. Google engineers also visit these forums, don’t forget, so they are also keenly aware when new tactics are shared which are designed to circumvent the current algorithms.

Therefore it is their job to fix those holes, and likely also find ways to penalize the sites taking advantage of the holes. While no one can prove or disprove this theory, I’ve heard of enough sites which have been removed from the index for doing something they weren’t supposed to.

Therefore, while this may sound like a great way to get yourself out of the ‘box early, consider the alternatives. What if you do get out of the index early but Google catches on in 3 months, 6 months or more? Do you think they may decide to “backdate” any changes to your site if they determine that you participated in such a tactic? Then, not only are you back where you started, you could be worse off than if you had just taken your lumps and done things properly.