﻿Tim Berners-Lee: ‘Father’ Of The Internet 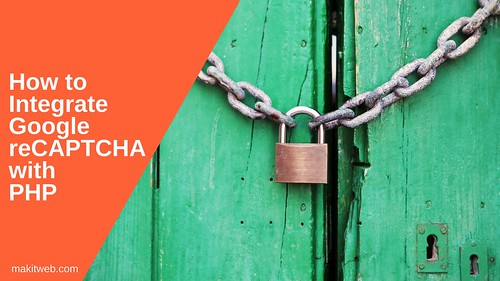 Tim Berners-Lee, while working as an independent consultant at a nuclear research laboratory in 1980, developed an innovative way of storing information in a program named Enquire.

That work was later used as the foundation for the development of a global hypertext system – popularly known as the Internet or the World Wide Web.

The WWW was developed to increase the ease with which people could exchange information. This became a reality with the introduction of the first WYSWIG (What You See Is What You Get) hypertext web browser which was written by Tim Berners-Lee.

The advantage of the WWW over previous systems was the lack of a need for a centralized server. In short, this meant that it was just as easy to retrieve, as well as link to, a document that was down the hall as across the world.

This was a huge breakthrough in computing science.

The Web and the first web server were released to the hypertext communities in mid 1991, after being released within CERN in late 1990. In order to achieve a coherent standard for the WWW, specifications for URLs, HTML and HTTP were published.

The universality forced by these specifications, the non-dependence on a central server and decision by Berners-Lee not to profit from the WWW led to a high level of adoption of the technology between 1991-94. A ten fold increase in annual traffic was recorded on the first Web server during this period.

With the advent of the Web, a number of spin-off technologies have emerged. A vast array of server side, client side and database languages have been created to fulfill needs of businesses and individuals.

There are two types of programming languages used on the WWW: client-side and server-side.

A client-side language is executed in the users’ browser and is not dependent upon the Web server. Client-side programming is done almost exclusively with JavaScript.

Databases have been developed to allow for ‘dynamic’ websites.

Dynamic websites allow for a high level of personalization when retrieving information.

Whenever you type in values in a form on a web page – whether those values are for a user id and password, the characteristics of your ideal partner or an author’s name – it’s a ‘dynamic’ web site. That is just a way of saying that there is a database being used to run the website.

An area of the WWW that Berners-Lee has direct involvement is in his role as the Director of the World Wide Web Consortium (WC3) which has existed since 1994.

The aim of the WC3 is to achieve coherent standards between all companies using web technologies such as HTML, CSS and XML. Prior to the creation of the standards detailed by the WC3, companies used different standards, which led to potential incompatibilities. The WC3 remedied this by creating an open forum – allowing companies to agree on core standards for WWW technologies.

The future of Berners-Lee’s influence on modern computing is in the context of the Semantic Web. ‘Semantic’ means ‘meaning’.

A semantic web is one where elements that appear in a document hold some meaning that can be automatically processed by a machine in some form of data gathering. Currently, documents on the WWW written in HTML hold no meaning ­ they’re presentation based.

Tim Berners-Lee laid the conceptual foundation for the World Wide Web. It was his initial idea to create a way where information could be freely and easily exchanged. The standards associated with it and the lack of reliance upon a central server, gave the Web a cross platform advantage and independence, which led to its meteoric rise in popularity.

In turn, its popularity spawned and popularized many different programming languages, databases, markup standards, servers – as well as – viruses and worms.

However, while Tim Berners-Lee is the ‘father’ of the Internet, its development over the years is a result of the efforts of an extraordinary number of individuals. There is little question that 500 or 1,000 years from now, historians will look at the invention of the Internet as one of those rare, seminal historical events – much like Gutenberg’s printing press.