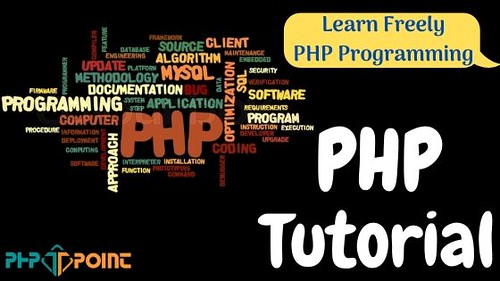 All I have to say is WOW. I haven’t seen this kind of vitriol since the last Democratic Convention, and all directed toward Chitika, a startup ad company that was supposed to be the Google killer. Their crime? Cutting people’s revenue checks after they’ve earned the money. Not a great PR move. And it looks like there are more problems with what, on the surface, looks like a great idea. I have to admit I don’t understand how anyone (including Chitika) makes any money with their revenue model.

Darren Rouse of problogger.net, who I respect immensely (and who makes a couple hundred grand a year blogging), has really flogged the heck out of Chitika. Right from the start I had trouble understanding how they were going to make any money.

Chitika Mini Malls allow you to sell specific products (merchandise) within the pages of your website or blog. The ads boast the best price for a specific product, and then allow the user to click to (supposedly) buy the product. They also include tabs for search and other functionality built right into the banner-like ad.

Publishers can choose to show ads by keyword (they pick the words), or by page context like Google (having both ads in contextual mode on your site violates Google’s terms of service).

Apparently Chitika has deals with companies like Shopping.com, Ubid and others to share in clickthroughs. Or they may just go through channeladvisor.com, a syndicator of content for the major shopping sites (which explains why they all have the same content).

From my comfortable chair I can see where the trouble begins. When someone comes to Shopping.com they’re looking for something, whether it is duck boots from L.L. Bean or a battery charger from Sears, and they’re looking for the best price, presumably so they can buy the product (it’s not called just looking around.com. It’s shopping.com.

So Bean or Sears doesn’t mind paying Shopping.com fifteen cents or a quarter or whatever to get the person to press the buy button, because they know the person is ready to put down the credit card number.

I’m not sure moving that model out to my web site is going to pay off in a pay-per-click model. Back when we did CASIE-award winning (5 awards actually) campaigns for John Hancock, the goal was to capture someone having a specific life event such as having a baby, marriage, graduation, etc., and get them to Hancock. The presumption was that they would be ready to buy. Chances are if they saw a banner that said Ready to tie the knot? Are you covered? or some such thing and they clicked, they were ready to buy, and it would have been worth paying for the click.

Shopping.com is similar. If you’re there, the life event is a new TV (not quite as profound as marriage, but important just the same).

I’m not sure how much a click on the Best price for a TV MiniMall ad by someone who is not ready to buy a TV is actually worth. Remember, they haven’t come to Shopping.com. Shopping.com has come to them.

Let’s start with the auditing fiasco. They told a bunch of publishers how much oney they made from people clicking on the ads, then decided to take back some of it. They claimed to be taking back money from clicks from countries where the products couldn’t be shipped and accounting for click fraud. While this is annoying, I can understand it, though I’m not quite sure how they could examine every click and figure this stuff out, especially when rumor has it the system isn’t exactly a technological powerhouse. In fact, according to Shoemoney.com, the technology is a PHP ripoff.

So they threw out a few clicks, right. Big deal. But here’s where Chitika crossed the Rubicon as far as I’m concerned — they decided that they were going to filter out what they called curiosity clicks, which they loosely defined as clicks that are not likely to result in a sale.

Wait a minute here…no one said anything about sales. As I mention in my previous article about Pay-per-click advertising, the publishers responsibility in the pay-per-click model is to get the user to click. The rest of the chain is then out of the publisher’s hands.

Chitika has basically created its own model here, and I call it Pay-per-selected-click. They are, in effect, deciding that some clicks are more valuable than others. Specifically they are saying that clicks resulting in sales are better than clicks not resulting in sales. Viola! They have invented Pay-per-Sale (or Pay-per-Action for those semanticists in the audience).

Other people call it BS. Actually so do I. I think it is dishonest to tell publishers that you will pay them for every click and then decide which clicks to pay for. That’s like telling the lottery agent that you’ll buy the tickets now for $1 each, but you’re coming back after the drawing to return the ones that didn’t win for your dollar back.

Put another way, if you’re giving away 70% of what you earn (60% to the publisher and 10% to his referring publishers), you can’t be throwing around dollar bills. And if your model is stupid (which this one clearly is), you need to pull some hocus-pocus man-behind-the-curtain give-with-one-hand-and-take-away-with-the-other kind of magic.

The most amusing part of this has to be picturing the look on the marketing weenie’s faces at L.L. Bean and Sears when the bill for a million clicks comes in and they find that they made four sales.

The bottom line here is that in this context (selling someone merchandise) a click from Shopping.com has more value than a click from Bobsblog.com.

Chitika turned me down for an account. They said that I didn’t meet the qualifications. Darren Rouse says that web sites that are product centered. Chitika says the same thing.

This proves my point even more. If a website is product centered (in other words reviews computers or exhalts the virtues of a Palm Pilot), then the fact that you are on that site means you have some interest in the product. Your Chitika MiniMall is the Buy It Now for that product. This means that there won’t be as many curiosity clicks, and Chitika won’t take as much of your earnings back.

You are getting subjected to Pay-Per-Action criteria with Pay-Per-Click rewards. If you want to see how publishers are reacting to this, you might want to Google Chitika sucks, or look up one of the anti-Chitika web sites like Shitika.com. Jensense also has a nice synopsis you might want to take a look at.

Without looking I’m going to guess that the angry people are the ones furthest from Shopping.com in content and model, and the ones who had the least taken off their earnings are more product centered (whatever the hell that means).

Chitika claims to be The Leader in Impulse Merchandising. Their model puts a different spin on the word context. For their ads to work, you have to be predisposed toward purchasing the product on one of their banners, and the theme of the site on which the ad appears is the actual context of the ad, not the keywords you supply or context Chitika uses to choose the banner.

I’d replace Chitika with a Pay-Per-Action ad that fits the theme of your site. If you’re lazy stick with them, at least until they either change the model so they make more money or go out of business. At this point I’m not sure which one to bet on.