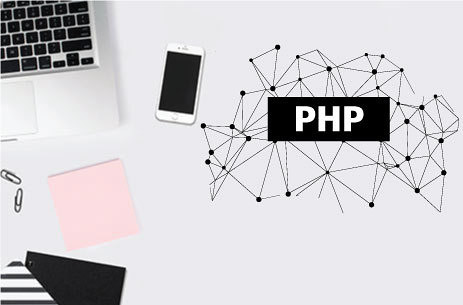 As more and more people are getting into the AdSense game, there seem to be many questions asked again and again by the newcomers. Here, I have compiled detailed explanations to some common AdSense terms, facts, and performance tips.
Terminology
Real Stats (Figures based on actual performance tracking updated several times a day)
Page Impressions: The number of times an ad unit (a collection of 1 to 4 ads). If you have two ad units on a page, then every time the page loads you get two page impressions. Page Impressions DO include PSA (Public Service Ads) and Alternate Ads.
Clicks: The number of times someone clicks on an ad. Clicks on PSA will be included in this stat as well.
Earnings: Money you’ve made.
Derived Stats (Figures calculated from the real stats)
Clickthrough Rate: Clicks/Page Impressions. It is expressed as a percentage.
Effective CPM:. Earnings per thousand page impressions. Calculated by 1000 X Earnings / Page Impressions
EPC: Your EPC is not displayed because it does not really matter. EPC stands for Earnings Per Click (Earnings/Clicks) and is frequently talked about.
Facts (What we discovered)
1. Stats Update Frequency/Delay: Although AdSense stats usually updates every couple hours, you don’t need to panic at all if you see no change in your stats for over 12 hours. Even if other webmasters are seeing normal updates.
2. Don’t worry about anomalies in your stats during the course of the day. These are not accurate. There could be delays in the update due to one reason or another. Only when you see figures for a new day can you know that the figures for the previous day are not going to change any more.
3. Sometimes the stats are carried forward several days. This happens when Google decides to freeze your clicks and earnings for fraud checking/tracking purposes or server delays. Thus, you may notice your earnings/clicks shoot straight up when you least expect it. It is possible for your CTR to go up by as much as 10% and your CPM to raise $200 over the normal.
4. The update on the different stats are not synchronized. For example, when you check your account, the page impressions may be freshed updated, while the clicks and earnings are from two hours ago. Thus, there may be a sharp drop/increase in the derived stats. Due to this, you don’t need to fret over all these little bumps.
5. Often delays in updates foreshadow changes to the AdSense program. For example, slow updates preceded introduction of channels, TOS changes, and addition of new languages.
6. Channels are a great way for you to track the performance of your ad on a particular page/site. If you want to use the same code for all of your pages, you can also use the recently added URL channels. Of course, channel data are delayed by two days.
Performance Tips
1. EPC doesn’t matter! That is because you have absolutely no control over your EPC. Your EPC is influenced by many variables including your webpage content, advertiser’s budget, seasonal fluctuations and more. Thus, the productive thing to do is concentrate on the factors that you have control over such as CTR and page impressions.
2. How well am I doing?
Many of us probably wonder how we are doing compared to other AdSense users, including myself. However, we really can’t get a good sense of the average if Google doesn’t disclose their figures, which they don’t. Since people doing well with AdSense generally don’t like to reveal their earnings due to the fear that they may be terminated by the program, any discussion about an average EPC/CTR/CPM is a waste of time.
3. From various experiments by myself and other webmasters, we can conclude (at least for now) that using image/text ads instead of just text ads will dramatically decrease you CTR because of various reasons. (i.e. fewer advertisers, banner blindness etc.) However, the EPC is usually slightly higher.
4. Blend in or stand out? This is completely site dependent. Sometimes, people will never click on your ads unless you “trick” them into doing so, although this is not so good for long term. Other sites will require your ad to scream in your visitor’s face to get good clicks. Do some extensive testing to find out what’s good for your site.
5. Make good use of the URL filter feature. Blocking repetitive (eBay ads) or boring ads (free smilies) will definitely increase your CTR.
6. Large rectangles placed above the fold will often generate most revenue. However, this may not be a good long term solution since such and ad is usually obstrusive and have little aesthetic value.
7. If you run a forum site, you may notice that your earnings are very low. Here is a solution: use a simple cookie-based php script that only displays AdSense ads once every 10 page views — essentially a counter counts down from 10 to 0 and on 0 displays an AdSense block. Between the AdSense ads, display regular banner ads. Although your AdSense page impressions may be down, you will notice your CTR skyrocketing, and a large increase in overall earnings.
In conclusion: Play around with your ad to maximize your performance, and look at the big picture in your stats!